By McDermott Will & Emery on July 17, 2013
Posted In Power Markets, Project Development and Finance, Renewables 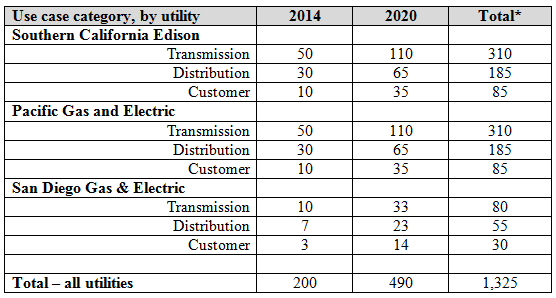 * The Totals include the additional interim targets for 2016 and 2018 that were intentionally omitted from this table.

To procure third-party owned energy storage to meet the targets, the CPUC proposed a “reverse auction” market mechanism, similar in structure to the state’s existing Renewable Auction Mechanism for renewable power sources. Under a reverse auction, energy storage providers would bid non-negotiable price bids, and the IOUs select projects starting with the lowest cost. The first auction, proposed for June of 2014, will require the IOUs to procure an aggregate 200 MW of storage. Subsequent auctions will be conducted every two years. The procurement targets are subject to change if the IOUs can demonstrate, among other things, that the energy storage resources bid into the reverse auction are not reasonable in cost, are not cost effective, or were insufficiently competitive.

The CPUC anticipates releasing its final order in October of this year.